It's been a strange week in politics following the local elections on Thursday.

UKIP, a party that failed to gain control of any council in England and Wales and who will struggle to win a seat at next year's General Election were seen by many as the real winners.

The three main political parties all emerged from the election with some serious questions to ask about what the results mean for their chances in next year's election.

Labour, the Tories and Lib Dems are like three rubbish football teams struggling to stay in the Premier League. All three deserve to go down but you know at least one will survive almost by default.

Labour 'won' the election but they're not winners. Many Labour diehards will struggle to convince you that they believe Ed Miliband looks and acts like a Prime Minister in waiting.

UKIP's success isn't a political earthquake as some are suggesting but it's certainly a disruption. A message to the political establishment that says people are dissatisfied with what's on offer - I know exactly how they feel.

A few years ago I went to vote in the local elections. When I got to my polling station I was told I wasn't on the register and couldn't vote. I was gutted!

I felt like I didn't have a voice, I couldn't make my feelings known, it felt horrible. I decided at the time I would never allow that to happen again.

With that in mind, earlier this year I wondered whether my name was still on the electoral register as I knew there were elections coming up in May. I thought about calling Newham Council to check but after thinking about it I couldn't be bothered.

It gives me no pleasure writing the last sentence. The truth is I didn't care whether I could vote or not. I decided the local and European elections would make no difference to me.

I'm a political person I follow politics, I like to know what's going on at Westminster but even I've been struck down with apathy. How did this happen?

UKIP or should I say Nigal Farage has tapped into this dissatisfaction with politics brilliantly. They have something to say which people want to hear.

UKIP have always attracted fed up Tory voters but now they're attracting more people by addressing immigration concerns and presenting themselves as ordinary straight talking people unlike the 'on message' manufactured politicians found in the three main parties.

I would never vote UKIP - I'm not their natural voter. I respect Nigel Farage's leadership as he knows his message and how to communicate it perfectly, but behind him who have you got?

A bunch of ill disciplined, political amateurs who at their worst pander to people's mild prejudices and ideas of a Britain that no longer exists.

In saying this I don't have a problem with people who have voted UKIP, they're probably like me and feel indifferent or uninterested with what the three main parties have to say to them.

My problem is there isn't an equivalent of UKIP that I would feel comfortable voting for. The major parties should be worried about this. When people like me can't be bothered I feel there's a problem with politics.

I'm no fan of UKIP but perhaps their success and disruptive influence is what's needed to shake up the complacency of the political mainstream in the country.

Tell me what you think, do you agree?


Posted by RodneyD at Sunday, May 25, 2014 No comments:
Email ThisBlogThis!Share to TwitterShare to FacebookShare to Pinterest
Labels: Politics

My week in Japan

I've spent the last week in Japan visiting my cousin who's been living out there for the last 13 years.

I love Japan. If you want to experience somewhere that's truly foreign then Japan is the place.

When I first went there in 2002 I remember at times feeling overwhelmed by the size and pace of Tokyo and the overall strangeness of the country in general.

This time round it was different, I knew what to expect. But what I love about being in Japan is the feeling of entering into an alternative world. A world that's vaguely familiar yet completely different.

Now that I'm back in the UK I thought I would share with you 5 things I think you should do if you ever get the chance to visit Japan and Tokyo.

Tsukiji Fish market is one of the highlight's of any visit to Tokyo. Fish are caught and served on a plate ready to eat in matter of hours.

Tuna is the most popular dish, which is what I had below for lunch. I never knew raw tuna could taste so good and with a touch of Wasabi sauce which gives it that extra kick! 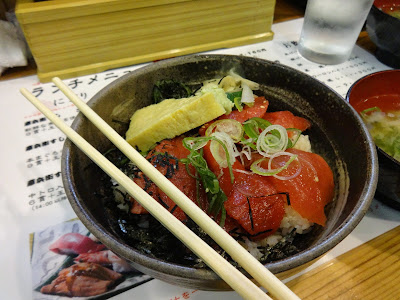 Senso-ji is Tokyo's oldest temple located in the Asakusa area of the city. It's one of biggest attractions in the city.

It's somewhere I remember vividly from my first visit in 2002 and it was great to be back there again. 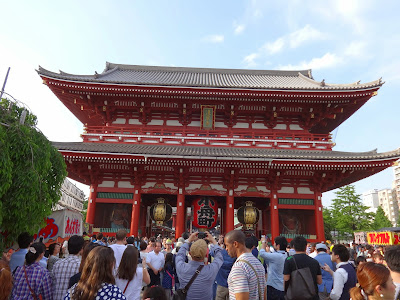 Spend an evening in Shibuya

During the daytime Tokyo can look like a big concrete jungle but every evening the city literally lights up when the neon lights come on.

Tokyo at night is like no other city. If there's one area of Tokyo that represents everything you've always imagined Tokyo to be it has to be Shibuya.

You'll find the famous Shibuya Crossing rumoured to be the biggest intersection in the world. 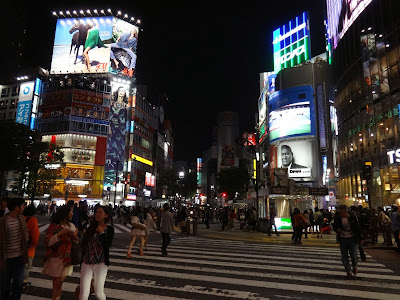 I checked this out on my last day in Tokyo. My original plan was to spend the afternoon in nearby Harajuku an area famous for its street fashion.

I'm glad I realised that the Meiji-jingu was just a short distance from the train station. It's well worth a visit. 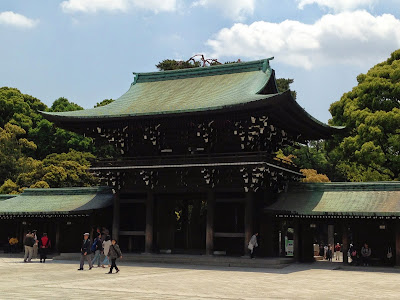 Take a day trip to Kamakura and Enoshima

Kamakura is a small city about an hour away from Tokyo. It's famous for dozens of temples and shrines and a giant Buddhist statue, The Daibutsu (Big Buddha). I missed the chance to see it in 2002 but made up for it this time. 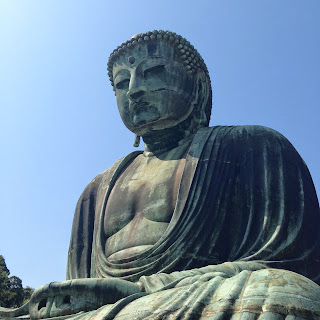 A short ride from Kamakura by train is the beachside area of Enoshima.

Enoshima is famous for Enoshima island. One of the highlights on my trip was walking along the bridge to the island and watching the sun set of Mount Fuji in the distance. 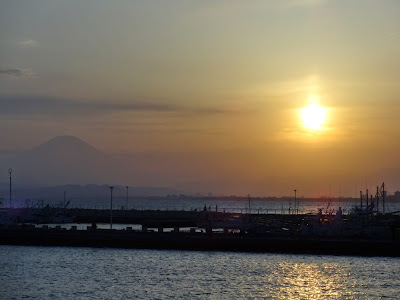