Rio Olympics: When did Team GB become a sporting giant?

When I first started watching the Olympics in the 80s and early 90s If Britain won 5 Gold medals that was usually considered a success. By the time I watched my fourth Olympics in Atlanta in 96 Britain finished 36th in the medals table and only one gold medal.

To see Great Britain re-invent itself as a sporting powerhouse over the last 3 Olympics still takes a little getting use to but don’t worry I’m not complaining about it, I’m loving it!

At the start of this summer’s Olympics I thought realistically the best we could hope for was to finish third behind the USA and China. To beat China into second place is incredible!

It's official, #GBR have finished 2⃣nd in the Medals Table!

How's that for some #MondayMotivation!... 💪👌👏 pic.twitter.com/F1HL1OsK8C

What’s been really great to see, is that we’ve continued to win medals in our strongest events like cycling, rowing and sailing but we’ve now become successful in sports like gymnastics where Max Whitlock won 2 gold medals. For most of my life I simply accepted that Britain couldn’t do gymnastics.

So the question everyone is asking is how have we become world beaters? From the nadir of 1996 it’s clear that lottery funding has transformed British sport. But it’s not just the money that’s being spent it’s how it is allocated that’s been crucial.

Every sport has its Olympic target in terms of medals they should be winning. Those sports that meet and exceed their targets like cycling get an increase in lottery funding, those that fail see a decrease. Success is rewarded and failure is punished. This may be harsh but after London 2012 Britain’s swimming team has their funding reduced after failing to meet their targets but this time in Rio they’ve had one of their most successful ever Olympics.

What’s really changed in the last 10 – 15 years is that there has been better funding for our Olympic sports and structures have been put in place that create, nurture and sustain successful athletes.

Britain has always been a sporting nation but in previous Olympics our culture seemed to be one of ‘it’s the taking part that counts’. We had too much of the old amateur ethos.

We didn’t have the attitude of the old Soviet Union or today’s China who view sport as a way of showcasing national power and prestige. We occasionally won individual gold medals but that was a result of individual athletes succeeding on their own terms.

Today, in sports such as cycling, our athletes succeed not only because they have the talent, ability and desire to win but because they are part of a much bigger system that generates success. This is the key difference for me.

I certainly don’t miss the days of Team GB winning a handful of medals at Olympics, I always thought we underachieved, now we’re punching above our weight and it feels good. It’s inspiring to see athletes from all different backgrounds and all walks of life succeed in a variety of sports.

We don’t need to win to prove a point to the rest of the world. We can win because we want to be the best that we can be and this is what I love about our Olympic athletes.


Posted by RodneyD at Tuesday, August 23, 2016 No comments:
Email ThisBlogThis!Share to TwitterShare to FacebookShare to Pinterest
Labels: Olympics

The cost of the Olympics pose awkward questions for the future

It's been quite a low key start to this year's Olympics.

There hasn't been the same level of buzz and excitement in the lead up to Rio's Games. I think there's a couple of reasons for this.

Firstly after our own London Games in 2012 it was always going to be difficult to have the same level of excitement. Secondly, within Brazil itself the Games seem to have arrived at just the wrong time with the country mired in economic and political problems.

Rio's opening ceremony costs and production were scaled back and made simpler in response to the economic situation inside the country. Just like with our London Games, the situation in Brazil has raised questions on the purpose and supposed benefits that having the Olympics can bring to a city and country.

I think this debate is more pertinent in a country like Brazil when you consider the extreme levels of inequality that exist. It becomes increasingly difficult to support holding an event like the Olympics when so many of the local inhabitants are living in poverty. 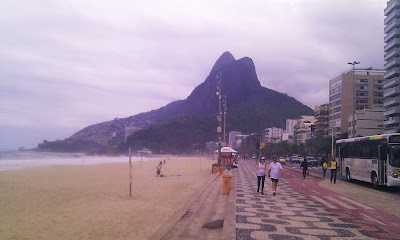 The beach front on Ipenema and leblon

This got me thinking about the debate of hosting not just the Olympics but also World Cups. They are the two biggest and most prestigious sporting events in the world. But as we found with our own Olympics, when countries are asked to spend billions hosting these events on behalf of the IOC and FIFA there are legitimate questions on what the benefits will be for the host city and country in the short and long-term.

On a personal level, I visited Rio in 2013. I took a tour of the city's most famous Favela, Rochina. To say the experience was an eye opener would be an understatement. After spending my first few days in the affluent beach districts of Leblon and Ipenema, visiting Rochina (20 minutes away) was like travelling to a different country. I remember asking my tour guide whether the 2014 World Cup and Rio Olympics would really make a difference to communities like Rochina.

There have been improvements and after decades of neglect, the Brazilian government has made more of an effort to address the problems of Brazil's poor. However, with the economy in Brazil now struggling, justifying the Olympics in a city like Rio is quite difficult. 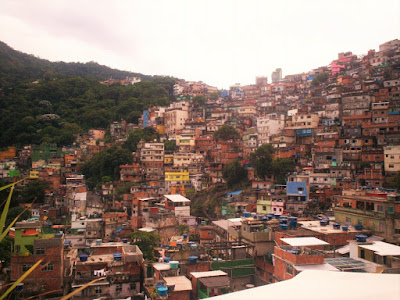 The IOC and FIFA are now at a point where there are only so many countries in the world that have the resources and infrastructure to hold these events. In Western democracies, governments simply can't spend billions on these events without justifying them to their electorate. The problem for the likes of the IOC are that more countries are looking at the cost of the Olympics and deciding they can do without them.

For the 2018 Winter Olympics the IOC were faced with the embarrassing situation of potential host cities failing to get enough backing from their public during the bid process.

Apparently the IOC had their hearts set on Oslo, Norway. They wanted a Winter Olympics back in Europe and in a country with a tradition of winter sports. Unfortunately, Norway had different ideas.

Local news out-lets got hold of the IOC's outlandish demands for their elite committee members. Once this became public, the Norwegian people said thanks but no thanks and decided they didn't want the Olympic Games.

In the end the 2018 Winter Olympics were awarded to China, but China isn't a democracy and the Chinese Communist Party can do what they like without having to be held accountable to the Chinese people.

How many cities and countries realistically want to host the Olympic Games, have the resources and infrastructure and the backing of their own populations?

I think we're getting to a point where there's a small number of countries and cities that can hold the Olympics. A thought I have is that perhaps we should look at selecting a group of cities around the world, perhaps 10 and say you will hold the Olympics over the course of the next 50 years and rotate the Olympics between these chosen cities.

London would definitely be a member of that group, elsewhere in Europe you could include Paris who seem an obvious European choice but after Tokyo's turn in 2020 where does the Olympics go next? Who wants and can realistically host it?

These are legitimate questions that need to be asked. As much as I love sport and the Olympics, it simply isn't appropriate to hold such lavish and vast sporting events if they do not have the backing of the host population; and if they don't provide any long term tangible benefits and for those people.