Out and about in NYC

As I'm only here in New York for four days, I've got a lot to pack in. Shopping and sightseeing are the main priorities.

You can't come to New York without doing a bit of shopping. The city is one of the fashion capitals of the world.

Shopping in many of the big flagship clothing stores in mid Manhattan can be a bit intense and full on. I found a great alternative checking out the shops in Lower Manhattan's SoHo district. 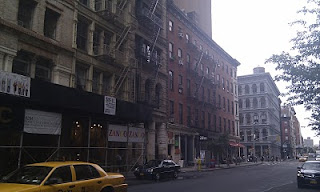 The streets of SoHo


In SoHo you won't find huge skycrapers or iconic buildings that are instantly recognisable. What you get instead is a neighbourhood where it's all about the vibe. It's a very cool place to hang out.

SoHo, was originally at the heart of New York's art scene back in the 1970's and 80's. It's still got that edgier artistic feel to it in contrast to the more commercial corporate world you find in Midtown Manhattan. 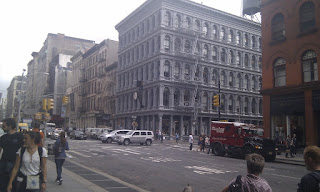 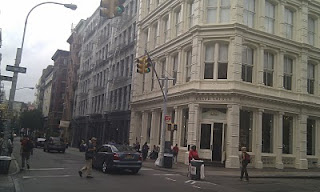 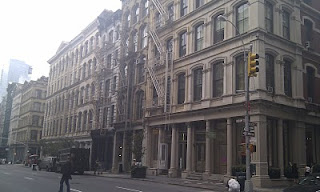 New York is a shopper's heaven. There's just so much on offer for people. New Yorkers are very lucky.

I have to say, when it comes to Americans and their fashion sense, I'm not convinced. Generally speaking I don't think the average American dresses as well as people in the UK or the rest of Europe. However, New Yorkers are the exception.

They're like Londoners, whereby any style seems to go. People aren't afraid to experiement or be different, which is something you don't always find with European fashion.

It was strange seeing familiar shops like Top Shop and H&M in SoHo. Nothing wrong with them - I shop there myself. But I suppose for Americans they represent the very best in affordable European fashion.

On this trip to New York I was determined to spend some time away from the island of Manhattan, and explore some of the outer boroughs of New York. 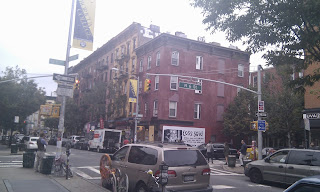 I decided to check out a place called Williamsburg in Brooklyn which I'd heard a lot about in recent years.

It's one of those fashionable areas that's full of hip young urban professionals. The sort that work in the 'creative' industries or people who are writers and artists.

For those of you familiar with London, Williamsburg reminds me of places like Shoreditch and Stoke Newington. Everyone on the street looked achingly cool and trendy.

I enjoyed having a walk around the neighbourhood and escaping the hustle of bustle of Manhattan for a few hours.

If you asked me one thing to do when visiting New York; something that costs absolutely nothing - I would say have a walk across the Brooklyn Bridge. 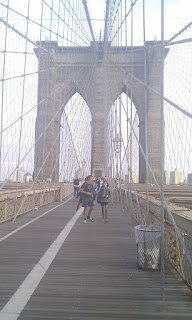 The Bridge links Lower Manhattan to downtown Brooklyn. As bridges go it's seriously impressive. When you think that it was completed towards the end of the 19th century it makes you realise what an incredible piece of engineering it is.

You can find some stunning views of lower Manhattan on the bridge, although you do need to avoid some of cycle lanes, as New York cyclers will let you know exactly what they think of you, should you get in their way! 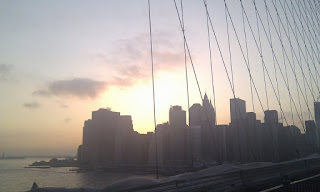 The sun setting over Lower Manhattan 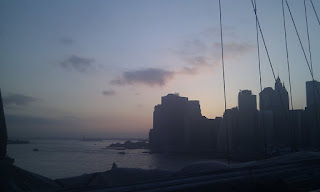 As I previously mentioned, walking the streets of Mid Manhattan can be intense. It's great to know that if you head far enough uptown, you'll eventually find the green oasis that is Central Park. 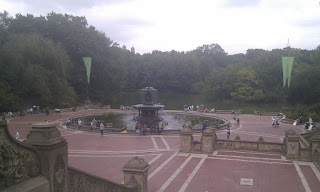 One of the great features of the urban planning of New York has to be Central Park.