Life in the Favelas

On Saturday I went on an organised tour of one of Rio´s favelas.

Life inside the favela was brought to the world´s attention in the film City of God and Favela tours have become a big attraction for anyone visiting the city.

Once we arrived at the top of the hill to the entrance of the favela we were visiting, I felt as if I was entering a completely different world.

I´d go as far to say it was like I´d travelled to a different country in the space of 20 minutes.

After spending my time mainly in the areas of Leblon and Ipenema, two of the most exclusive and fashionable parts of the city - the contrast with the favela couldn´t have been greater. 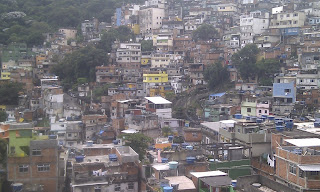 Although I was looking forward to exploring the favela, there was part of me that felt a little uneasy as it could been seen as patronising for tourists to wonder around a shanty town as if it´s the urban equivalent of going on safari.

Our guide requested that we didn´t take photos of the locals which I thought was right, and he took us to certain spots around the favela where it was appropriate to take photos. 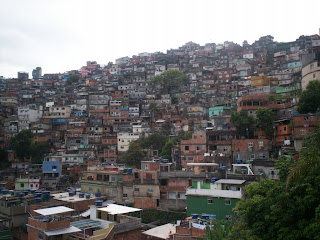 Without the guide there´s no way you´d be able to find your way around the favela. It´s a maze of winding paths and alleys - but they´re also thriving communities with shops, cafes, bars, and homes all merged together clinging onto the side of a hill.

Even in the favela, location means a lot. The best location is usually at the top of the hill. You have a better view and the air is cleaner.

As we made our way downwards through the favela, at times it felt like you were in an underground cave. There was an unpleasant smell, and when you looked up you could hardly see the sky above

Our guide explained how the favelas started and how the people have survived with little government assistance.

There is of course the problem with drug gangs who control different areas of the favelas, but I came away feeling a sense of admiration at the resourcefulness of the people, and the ability to build an entire community for themselves. 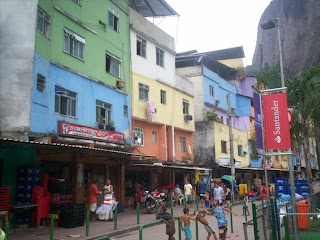 With the World Cup coming to Brazil next year and the Olympics in 2016, this is an exciting time for Brazil. The country is on the up, but will such events make a difference to the people in the favelas?

Probably not immediately. We had this debate in Britain with our own Olympics and having major sporting events isn´t going to change decades of social inequality.

Brazil has a huge population of almost 200 million people. Despite it´s growing wealth and expanding middle class, there are still millions of poor people struggling in the country.

The same thing could be said about other ´BRIC´ countries like China and India, their populations are huge and not everyone can be lifted out of poverty.

Besides, even here in the UK and America there are huge gaps between rich and poor. 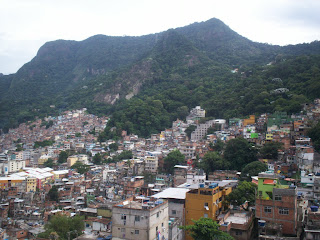 So would I recommend a favela tour if you find yourself in Rio? Definitely.

It´s an incredibly interesting and thought provoking experience that gives you another side to the sun, sea and samba image you may have of Brazil.


Posted by RodneyD at Monday, April 15, 2013
Email ThisBlogThis!Share to TwitterShare to FacebookShare to Pinterest
Labels: Travel