Thoughts on Brazil - An amazing country

Now that I'm back in the UK and my Brazilian adventure has sadly come to an end, I thought now would be a good moment to look back on my trip.

What can I say, Brazil is a truly amazing and unique country. I don't think there's anywhere in the world quite like it. 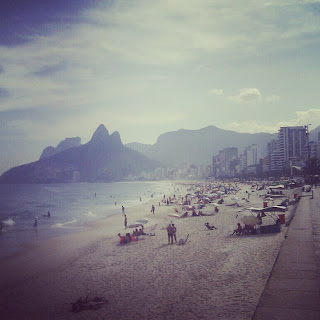 For years I've always had a thing for Brazil. I think we all have countries or parts of the world that instinctively appeal to us, Brazil's always held that appeal for me.

It's great to visit somewhere you've always wanted to go, then when you get there you discover it's everything you thought it would be and more. That's how I feel about Brazil.


So what was so great about the country?

It's so completely different to the UK and Europe and this is what surprised me. I had this idea it would a Latin American version of Spain or Italy but I couldn't have been more wrong!

Brazil has it's own distinct culture, very Latin American but uniquely Brazilian. I felt this huge cultural gap between Brazil and Europe.

I only visited Rio and Salvador, but when it comes to natural settings for cities, you'll be hard pushed to beat these two. Rio in particular is stunning.

Not in terms of the architecture of the buildings or the design but more the natural setting, it's so beautfiful. The mountains, the beach, and rain forests, you couldn't have a city in a more perfect place. 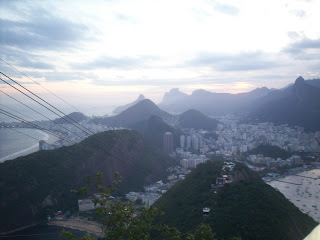 The view from Sugar Loaf Mountain

Considering Portugal only has a population of 10 million compared to Brazil's 200 million they're really the only people in the world that speak the language - it's their own and it adds to the uniqueness of the country.

Although I don't speak Portuguese it sounds like such a rich and expressive language and I've always thought it sounded great in music.

The mix of people in Brazil is incredibly, it's so diverse. You've got everything. When you hear the expression 'Rainbow Nation' look no further than Brazil!

You have people of white European stock who look like they could be from Northern Europe, then you have every shade of white, brown and black until you reach black Brazilians who look African.

Spending time in Salvador, the heart of Brazil's Afro Brazilian population, I saw black and brown people who looked completely different to anyone I'd ever seen before.


It's as if the centuries of mixing between black, white and indigenous Indian has created a new race of people unique to Brazil.

I realised it doesn't apply or matter with Brazil - the issues of race are different there. Everyone is Brazilian regardless of skin colour or ethnic background, it's a proper melting pot.

What I discovered is that I didn't know as much about Brazil as I thought I did.

I've loved Brazilian music for years, admired their football, seen films like City of God and read brilliant books about the country like, A Death in Brazil by Peter Robb.

I realised Brazil's still an unknown quantity for many people. There's a lot more to the country than the stereotypes of sun, sea and samba.

Of course it's not all perfect and I shouldn't let 2 weeks romanticise the country. There are big problems with the country's reputation of violence which worried me and does intimidate people from visiting.

There's also huge disparities between rich and poor which I saw first hand and which are likely to remain for some time.

But it really is an exciting time for the country. Brazil feels like it's up and coming, it's an emerging power on the global stage and for that reason it's an interesting place to visit and learn more about.

Here in the UK and Europe it doesn't feel like we're on the up. It's more like we've been on top for too long and now our position is slipping during these times of austerity.

Everything's happening to Brazil. They're holding next year's World Cup and then the Olympics in 2016.

The world will get the chance to learn a lot more about the country and maybe these events will help tackle some of the social and political problems faced in the country.

If you've managed to read this far, you've probably realised just how much I enjoyed my time in Brazil. If I've managed to wet your appetite, I suggest you look at booking a trip yourself, TAP airlines of Portugal do some great deals.

I can confidently say you won't be disappointed if you visit Brazil.

Posted by RodneyD at Monday, April 29, 2013
Email ThisBlogThis!Share to TwitterShare to FacebookShare to Pinterest
Labels: Travel